How to Catch Cork Fish Easily

How to catch cork fish is not arbitrary, there are ways you should know in order to get a lot of cork fish. 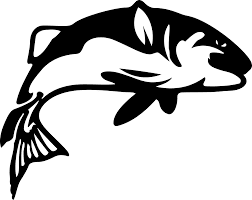 Indeed, there are many ways we catch fish, which can be done using nets or nets or on fishing rods, as long as we do not use methods prohibited by the government, for example with explosives, electrocution, trawlers, etc.

Well this time we will explain how to catch snakehead fish using bait, namely using frog bait that has been formulated.

Before explaining further about the technique of catching snakehead fish, it's a good idea to first explain about snakehead fish.

Getting to know the Cork Fish

Snakehead fish is one type of predatory fish or better known as Predator and breeds or lives in freshwater environments.

This Cork Fish can also be called Land Fish because it can survive for a long time without water and its size can grow to a length of 1 M.

At first glance its head looks like a snake, so it is also called a snakehead, which is large and flat and has wide scales on its head.

The color of the snakehead fish which has a large mouth and sharp sharp teeth is indeed mostly dark from top to tail, looks brown and greenish, but the belly or bottom is white. On the sides of the cork there are several thick striped lines.

If we observe this snakehead fish found in rivers, waterways, swamps or in rice fields, they do live in fresh water. They survive by eating small living things around them such as insects, fish smaller than them and tadpoles or frogs.

Because they live in places like the ones mentioned above, sometimes if the flood or the water where they live increases, the snakehead fish will drift and enter the waterways in our homes and into our fish ponds. So, if you enter our fish pond, you will of course become a predator and eat the small fish that we raise.

As mentioned above, snakehead fish can survive on land without water for a long time, so when their habitat is dry, they can survive and try to move to places where there is water.

Sometimes they bury themselves until there is more water. Often we also find this snakehead fish walking at night to find a place that has water. Why can snakehead fish survive on land without water?

This is because the snakehead fish has the ability to breathe using free air by using its organ called the Labyrinth.

The technique is actually very simple and not complicated at all, just using a rod, hook and bait.

The technique does not use a small fishing rod as described in another article because the goal this time is to catch the famous snakehead fish.

The explanation of this technique is actually to make it easier for those of you who have a fishing hobby that you unknowingly take for granted, now this trivial thing is actually very useful for fish anglers, especially for those who will fish for snakehead fish.

Once again the technique is very simple and can be practiced by anyone and at any time.

The bait we will use in this technique is a frog yes a frog! What many people say is a disgusting animal.. especially girls will be afraid if they are near frogs. So with Frogs, our main goal in catching snakehead fish can be very easy to get, plus using this technique.