How to Overcome the Motor Yawn Until It Disappears Completely

How to deal with a bulging motor until it disappears at all should be a special concern for friends. 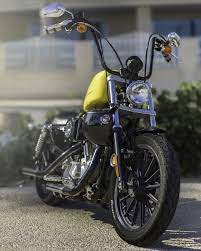 The reason is, the new output motor, especially the 4-stroke motor, has been designed not to explode (soon to be released).

Therefore, if your motorcycle catches fire, it is certain that there are several components in the engine that are damaged.

Usually the cause of the engine bulging comes from oil and fuel. The smoke produced by the two has a different color.

Where as soon as possible due to the oil will be white, while the smoke due to fuel will be black.

This can happen to all types of 4-stroke motorcycles, whether automatic, duck, or sport.

Thick black smoke is usually only found in the motor carburetor.

Therefore, now many friends are using injection motors to minimize the occurrence of motor flares.

This is because thick black smoke has a very pungent odor in the nose and is certainly not good for breathing.

Conditions that cause a motor to bubble are usually triggered by a malfunction or an error in adjustment.

The reason is, the motor carburetor still uses manual adjustment, so it is prone to errors.

In addition, the injection motor is very rarely bubbled because the adjustment is done with the help of computers, so errors that are usually made by mechanics can be minimized.

Usually if there are bubbles in the injection motor, the color of the smoke released is white, not black like a carburetor motor. This indicates the presence of damage to the motor parts.

Worn piston rings are one of the most common causes of engine swelling.

On a motorcycle, the ring is divided into two types, namely the compression ring and the oil ring.

The two rings are divided based on their respective functions, where the compression ring has a function to make the gap between the piston and the cylinder block tight, so that the compression pressure does not leak.

The oil ring itself has a function to prevent oil from coming out of the crank chamber which then enters the combustion chamber.

Usually if this problem comes from the piston ring, the white motor is immediately removed.

Because the ring is not perfect, the ring can be made into the combustion chamber through the existing gap.

The gap in the second ring will get bigger if the ring is worn.

Thus, the function of the oil ring itself cannot run optimally, which can cause oil from the oil tank to enter the fuel chamber.

Therefore, due to a problem with the engine, as soon as possible the output of the motor will be white.

However, the motor flashing white is only a symptom of a malfunction in the motor. A nice side effect of piston ring wear is that the engine won't start during the day, and it can even reduce engine power.

1. How to Overcome a Steamy Motor Engine

The only way to deal with a bloated motor caused by worn piston rings is to replace it with a new ring.

So, to replace the piston ring, the engine must be launched first.

Worn out engine cylinders/liners are another cause of engine bulging.

Direct damage that occurs to the cylinder is usually related to piston ring damage.

This is because the cylinder and piston ring have a way of working that rubs against each other when the motor is operated.

Therefore, if the engine cylinder wears out, it can allow oil to enter the combustion chamber.

So that the oil that enters the combustion chamber will cause the motor to turn white.

The side effect caused by worn engine cylinders is that the motor is difficult to start in the morning or when the engine is cold.

Apparently, how to overcome this damage can not be done by just anyone. The reason must be done down the engine first.