SUV Cars You Should Know

Various kinds of cars that are sold in the community do have various types with different names based on their function. Call it like the type of SUV, MPV, hatchback, and coupe. 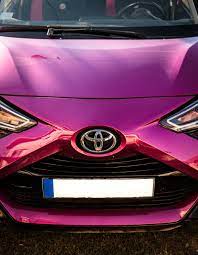 Of the four types or designations of the car, it seems that MPV and SUV are the two car models that are now the most sought after by the Indonesian automotive community. However, not infrequently Indonesian people do not really understand the difference between these types of cars.

Therefore, through this topic, we will discuss together the definition of an SUV which can be a reference for information for those of you who may be looking for the ins and outs of this car.

This is inseparable from the target market of SUV car users who are needed as a multifunctional vehicle to pass through various road terrain, including uneven terrain such as off-road or village roads with many potholes.

Therefore, it is not surprising that the SUV car from its meaning becomes a modern vehicle model whose presence in Indonesia is highly considered by consumers.

Talking about SUVs, there are several categories of SUVs that you should know and understand. Are as follows.

Compact SUV is a type of SUV that carries a strong crossover concept. In general, the body is a bit more minimalist than other SUV models with a capacity of 4 passengers.

Most compact SUVs like this are favored by urban/urban communities which are synonymous with crowds and congested streets.

Well, with a dashing but minimalist body, this Compact SUV is of course very easy to maneuver, especially when in traffic jams. For example, the Honda HR-V.

The second category of SUV is Medium SUV. Generally, this type of SUV carries body dimensions that are much larger and has an impressive weight compared to Compact SUVs.

Where, the capacity is also up to 7 passengers with a spacious and quiet cabin.

Medium SUV sold in the Indonesian automotive market such as the Chevrolet Captiva, Honda CR-V, and Nissan X-Trail.

Usually, this SUV category is chosen by people with a high frequency of long-distance trips, from rural to urban areas or vice versa.

The last SUV category model is the Big SUV. From the name alone, it is clear that this category carries a large body.

Generally this type of SUV is used as a car that breaks down in mountainous areas or can also be used in urban areas.

While in Indonesia itself, there are currently two Bigs SUV cars that are quite in demand in the market, including the Toyota Fortuner and Mitsubishi Pajero Sport, both of which compete with each other in the same segment.

In terms of definition, the notion of an SUV itself is a vehicle that is identical to the Station Wagon with the characteristics of a large body and very tough engine performance.

The SUV design itself is also generally more sporty with firm body curves that impress toughness and durability on off-road terrain and urban streets.

While on the other hand, the average engine capacity carries a capacity of more than 1,500 cc with a large luggage space, more complete comfort features than MPV and is equipped with a sturdy suspension to absorb vibrations to the maximum when passing uphill and downhill. bumpy road terrain.

Of course, with the support of qualified specifications, the price of an SUV is also considered much more expensive than an MPV. It can even touch the number up to billions of rupiah.

Well, the notion of an SUV itself can be studied from its characteristics. Which is explained as follows.

From the definition of an SUV as a tough vehicle, of course the platform used by this SUV in general is also very strong.

Where can not be separated from the combination of stairs and monocoque chassis which makes it able to withstand maximum loads while having a higher frame visual appearance.

On the other hand, the ground clearance or the lowest distance to the ground from SUV cars is also higher on average than MPV cars.