-->
Home Automotive Tips for Caring for ABS and EBD Brakes

Tips for Caring for ABS and EBD Brakes

The vehicle safety features embedded in the braking system are not only the Anti-Loc Braking System which is often heard. 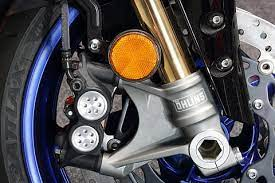 However, there are several more besides ABS car brakes, such as those that have begun to be widely used, namely Brake Assist (BA) and Electronic Brake Force Distribution (EBD).

Although modern technology, it does not mean we do not need to take care of ABS and EBD brakes. In fact, because it already uses sensors, this type of brake must be considered better so that it is always in top condition.

Modern car braking systems are now increasingly complex. The technology of this vehicle speed stop device also continues to develop from year to year. Among them the presence of ABS and EBD brake technology.

Then, what exactly is meant by the ABS and EBD brakes? Because it is sophisticated, is it necessary to maintain these brakes on a regular basis? How to? Let's see below.

ABS stands for Anti Lock Braking System which is a technology that can prevent the wheels from locking when braking suddenly.

This technology was first applied to airplanes. So as not to slip when landing, because the road conditions are not always the same. Only then pinned on four-wheeled and two-wheeled vehicles.

The goal itself is so that the driver can still direct the steering speed as needed to avoid objects in front of him.

When the ABS sensor detects wheel lock, the brake system releases the brake piston slightly in a fraction of a second.

Then later the piston is ordered to press the brake lining again. This is useful so that the wheels keep turning even when braking takes place. As a result, when the wheel brakes will feel vibrate.

In addition to ABS, there is also a braking technology called EBD or Electronic Brake Distribution (EBD) which in Indonesian means the feature of electronically regulating brake pressure distribution. This technology is usually packaged with ABS.

This feature serves to adjust the brake pressure according to the load and speed of each wheel, so that overall braking can be done as needed. Or in other words, is a balancing feature of brake pressure on each wheel.

Its main function is to adjust the brake fluid pressure according to the needs of the vehicle, such as depending on the load, speed, and also conditions on the road.

EBD activates sensors that monitor the load on each wheel, how it works, if the driver steps on the brake pedal, the sensor reads the load carried by each wheel, then the computer instructs the brake pads to press the disc brake or drum according to the load of each wheel so that braking becomes balanced .

As a result, the braking distance becomes shorter and more effective. The working mechanism of EBD is needed when the car passes through an uneven track, uphill, downhill or in cornering conditions, because the load on each wheel will be different.

In practice, EBD brake technology is always juxtaposed with the car's ABS brake features. These two features are usually written ABS+EBD or ABS/EBD, because they function in an integrated manner and work together as safety features.

Sensors are placed on each wheel to see the brake pressure and load on each wheel. Each sensor sends a signal to the car's computer system, both ABS and EBD brake devices.

Next, the computer regulates the hydraulic pressure of the brake fluid by determining the right time to release the brake or apply pressure again in a short time.

If the driver suddenly brakes and the wheel locks, it is the EBD that determines which wheel will receive the strongest brake pressure.

In addition to ABS, EBD will also regulate brake fluid pressure to each wheel so that the wheels do not lose grip but can still control speed.

3.How to Care for ABS and EBD Brakes

The ABS and EBD brake systems use sensors located in several parts, one of which is the brake calipers.

To treat it, spray a special cleaning fluid brake calipers. Do this treatment at least every two months.

Caring for ABS and EBD brakes can also be done by not shaking the brake pedal too often when the car stops. Because, this can cause the ABS sensor to quickly be damaged.

Those are tips on how to care for ABS and EBD brakes that you definitely need to know. Hope it is useful.